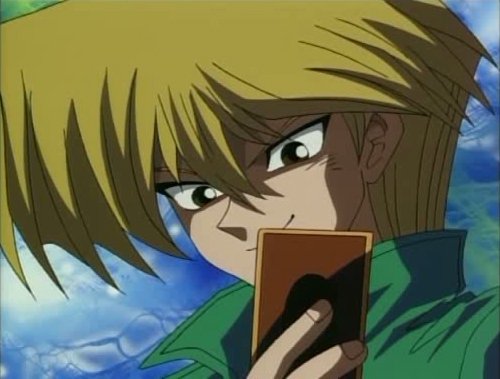 So I've been getting back into yugioh! The modern format is a bit frustrating to have fun in competitively but I still really love the cards and archetypes! Right now I'm really taking the time to organize my binder and I'm sorting my useless/bad cards into one box and my playables into another box which I'll organize into my binder to have a better sense of what I actually have that can be played in the future. But this also gets my classic yugioh cards into a really convenient box in case I want to play super super casually with a friend in a more pick up and go fashion.

The useless box is already way fuller than the useful box but I shouldn't take that as discouraging mainly because it's expected with yugioh's powercreep. But it's also interesting to find cards that with my more current knowledge of the game seem to have untapped potential. Like Metalsilver Armor for instance that prevents your opponent from targeting a monster on the field or graveyard except the one you control that is equipped with it. I doubt it'll do anything competitively but there's neat little niches like that that could be interesting if I got into playing on more casual servers or something. I just like the potential for creativity in yugioh. My only competitively viable set has been prediction princess/subterror and prediciton princess/subterror/shaddoll, and they only work sometimes lol. It's really subterror's omni-negate that carries it so Prediction Princess Tarotrei can land safely and start activating flip effects and reviving nasty flip monsters like Subterror Umastryx! Honestly I just love that whole strategy. And then throw out a Guard Dog for win condition and it's pretty smooth if Tarotrei can stay on the field for exactly 1 turn. 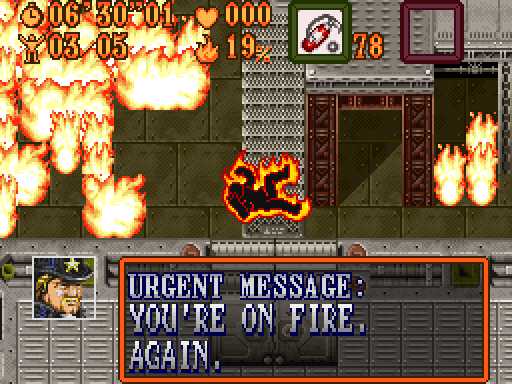 Regardless, I just really really enjoy playing flip monsters and I wish there were more good flip archetypes. Shaddolls are good but I don't feel like it's their flip effects that make them good since all of them have graveyard effects that normally I use, or their fusion monsters carry which don't even have flip effects! Subterrors are a more true flip archetype in my opinion! Mainly I just want some new support for subterror or prediction princess ritual (or maybe generic ritual support since i'm not big on drytron? but also don't want to play nekroz for pure ritual lol) Honestly I think Ritual monsters should just have built in protection because they're the most difficult monsters to run and constantly have a higher chance of bricking than the other card types (except maybe pendulum? I might get into them since I pulled a lot of Metalfoes cards and metalfoes seem fun and cool!)

Truthfully I think I just like the fun archetypes over the "competitive" ones. The best duels are ones in which my opponent and I can truly go back and forth which is sadly really rare. (hmm maybe time to really play on the casual servers)

A true solution would be to just try Magic but I really don't care for the card art in Magic to be quite honest. I just don't vibe with western D&D-style fantasy. So I'll stick with my silly anime terms of use cards! For real tho, who at konami said "hey, people LOVE reading the Terms of Use. What if we made an entire game where you had to read the terms of use on every single card to do anything!" Caveman yoogs may have just been hitting each other with little vanilla monster boys but hey man that worked.

Oh also I pulled a holo blue eyes and its name was in blue too and haha I felt like a kid again. I traded my blues eyes on the playground back in the day for an ultimate tyranno which has since gotten an errata (and a retrain) and is no longer as cool of a trade as I thought it was at 10. But now I have both so I win!

Still. I just like yugioh. Even with my gripes with how it is right now, there's still so much potential for a lot of cards and so much room for creativity! I can't recommend it but man I love yugioh. 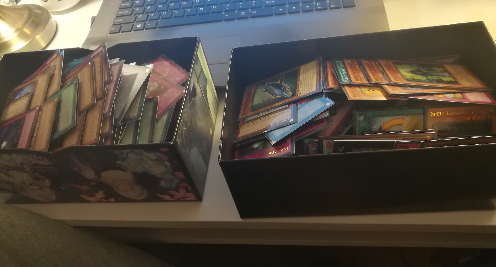 Ahhh nice to have the cards I won't use and the cards I will seperated. Now to organize my binder and trap the rest of my cards in the lolibox! And then from there I can organize them into a trade binder for when I get to go to locals.

But for now, INTO THE LOLIBOX!!! HAHAHAHA!